Bill Stewart: Are You Kidding Me...? 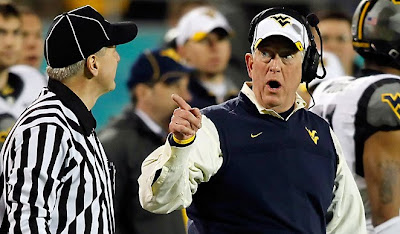 Let me get this straight. West Virginia's head football coach Bill Stewart will be a "lame-duck" coach during the 2011 season. He has been "fired", and his successor has already been named and will serve as the Mountaineer's offensive coordinator next year. Say what? That's like getting a divorce but staying in the house with your former wife and her new husband. Just can't happen. What's up, Bill? Talk about the ultimate company man...
Posted by Sports Dawg at 12:57 PM No comments: 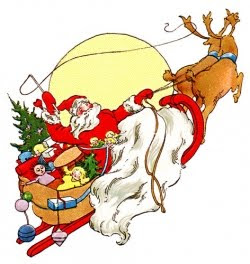 Opinion on Sports would like to wish all of you a very Merry Christmas! Be safe and never forget the true reason we celebrate this season. Take care!

Posted by Sports Dawg at 8:27 AM No comments:

A.J. Green: Going Away Too Quietly... 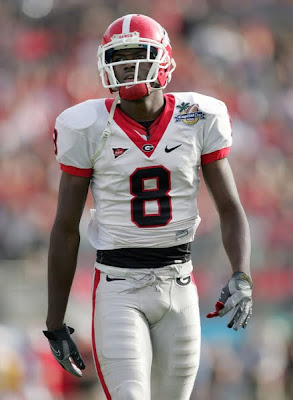 Reports indicate that Georgia's A.J. Green will enter next year's NFL draft. Not an earth shattering revelation here. You had to know he couldn't turn down the major dollars that would become his as one of the elite top picks. As we say, "Stevie Wonder could see this coming". In the business world there is an expression "money left on the table", meaning the difference between the high bid and the next closest bid. For some reason that term keeps popping up in my mind when I think of the college career of A.J. Green. It seems to me a lot was left on the table. A lot went unused. A lot was wasted. Was he one of the greatest receivers in college football? How would we know, we only got glimpses of his great talent. I think we got cheated out of seeing the total package of Green the complete receiver. And yes, I think he cheated us out of four games this year by making an utterly stupid decision to sell a piece of cloth for $1,000. Stevie could have seen that one coming as well, A.J. Have we been cheated out of an illustrious college career also? All I can say is A.J., we hardly knew ya. And I'll shed no tears for ya.

Posted by Sports Dawg at 8:43 AM No comments: 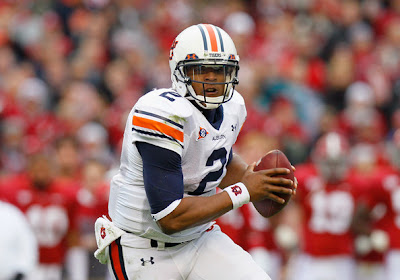 Before I get into this post, let me say up front that I am glad that Cam Newton has been ruled eligible to play by the NCAA in the SEC Championship Game Saturday night. He's evidently been eligible to play all season, so why stop now? Party on, Garth! However, there is something about the start of the season that I don't understand as far as the NCAA is concerned. It has been said/written that Mississippi State reported to the NCAA in July that they had 'concerns' regarding the recruitment of Newton. If indeed that prompted the governing body of intercollegiate athletics to begin "looking into" these reported concerns, why was the Auburn quarterback eligible to play at the beginning of the season if the investigation was ongoing? It had to be "ongoing" then because it's supposedly still "ongoing" now. The University of North Carolina had several players who sat out games pending the results of investigations into their attending a Miami party hosted by agents. Some of these Tarheels were eventually reinstated to play, and some were not. Georgia's A.J. Green missed two games while the investigation of him selling his jersey online was "ongoing', then two additional games when he was determined guilty. The two additional games were reportedly because he sold his jersey to an agent, even though Green maintained he never knew the guy was an agent. Cam Newton, as well, maintains he knew nothing of his father's solicitation of money for his athletic services. See, the NCAA isn't showing consistency in their actions and/or explanations of sanctions/non-sanctions. One other point; if it is indeed true that Newton wanted to attend Mississippi State all along but his father said you're going to Auburn, why would his father be so adamant about the college choice if it wasn't an issue of money? The NCAA might want to clear up this "loophole" that the good Rev. Newton has just exploited. If not, there could be other dads down the road who seek money for their sons. Because the way this ruling has gone, it's o.k. as long as the son knows nothing about the deal. It's a good thing for Rev. Newton's congregation that the teachings of his chosen profession have no loopholes to exploit.
Posted by Sports Dawg at 8:59 AM No comments: