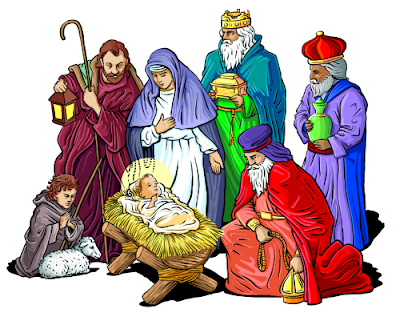 It was said that after their final epic battle, Muhammad Ali said to Joe Frazier: "Ain't gonna be no rematch", to which Frazier replied:"Don't want one". Well, I'm sure Alabama doesn't feel that way, but I suspect LSU would rather not play the Tide again. I, being one among many, am not so fired up about this SEC rematch myself. As for as I'm concerned, Alabama had their chance face to face with the Tigers. At home. And lost. I understand the game could have gone either way, but it didn't. Anyway, how many hugely important college football games could have 'gone either way' this year? Several, so that's a dead end take on the situation. What a game it would have been to match the explosiveness of Oklahoma State against tough 'Miles-Minded' LSU. We've already witnessed the defensive show down of the two SEC powers. But now we have to go through it again, primarily because 'Bama cried louder than did OSU. Here's hoping Alabama cries a whole lot after January 9th. Beware the 'Mad Hatter'. Again.

Posted by Sports Dawg at 5:09 PM No comments: Links to this post 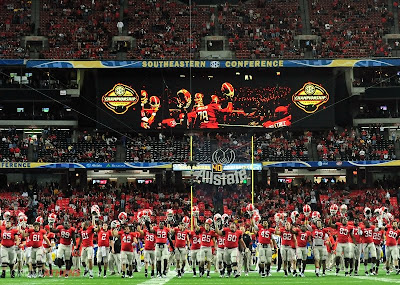 Everyone knew Georgia would have to play a flawless game in order to defeat the number one team in the country. Although they came out of the gates looking as though they were ready to pull such a performance off, it was not to be. An old nemesis from last year came back to haunt them , the dreaded drop pass syndrome. A familiar nemesis also continued to rear its ugly head, inept special teams play. Although the Bulldogs held LSU to zero first downs in the first half (unheard of!), the final two offensive possessions of the half by Georgia showed that the tide was indeed beginning to turn in favor of the purple and gold. The better team won the SEC championship, no argument whatsoever about that. Is Georgia really that far behind the Tigers in terms of being a 'great' team? Defensively, the Bulldogs are almost there. Offensively, they must develop a stable of tough, talented tailbacks. The running game is almost nonexistent for Georgia. Quarterback Aaron Murray is very good now. He will be great with a running game to assist him. Mark Richt must find a way for his Dawgs to play good, consistent football on special teams. This area is a glaring weakness at this point. Georgia might be getting very close to getting back to the level of the elite teams in the conference. They aren't there yet, and there is still much work to be done. It will be imperitive for Richt and his staff to recruit well again this off-season. A tremendous amount of solid groundwork has been laid since the 2010 season. The Bulldogs have come a long way, but they aren't where they need and want to be yet. Say tuned, bigger and better things are on the horizon.

Posted by Sports Dawg at 8:58 AM No comments: Links to this post

Takeo Spikes: Home For The Holidays...Again 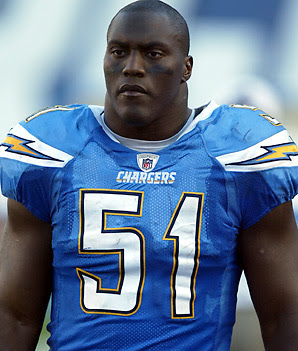 Takeo Spikes has played for 5 different teams during his 14 year NFL career. However, Spikes has never been to the playoffs with a single one of those teams. Zero. Nada. Nilch. Nothing. He leads all active players with 198 regular season games without a playoff appearance. Not quite the distinction Spikes was expecting when he left Auburn University early to declare himself eligible for the pro draft (the Washington County, Georgia native elected to sign with the Tigers out of high school even though his home was only 80 miles from the University of Georgia campus. Spikes has never been accused of being smart). Nevertheless, the thick-necked Spikes will play out the remainder of San Diego's regular season with nothing but the television to connect him with yet another playoff season. Some things just never change.
Posted by Sports Dawg at 8:42 AM No comments: Links to this post

Georgia: Can They Win The SEC?

Georgia is somewhere in the neighborhood of a 13 1/2 to 14 1/2 point underdog to LSU in the SEC Championship game Saturday afternoon. This line really doesn't appear to be that far off, after all the Tigers are the undefeated and top-ranked team in the country. But does Georgia have a legitimate shot at knocking off the mighty and powerful team from Baton Rouge? I think they do, but several aspects of the game have to be positive for the Dawgs. As in so many football games, it all starts up front. Georgia's offensive line, led by senior center Ben Jones, must be able to allow their offense to establish some semblance of a running game. They also must give quarterback Aaron Murray time in the pocket to locate and hit open receivers. I realize this seems redundant because it's always true in any football game, but especially so when you're facing the number 2 ranked defense in the nation. It is also crucial because Murray needs to have the game of his life Saturday, as does offensive coordinator Mike Bobo. Defensively, Georgia has a tendency to come out of the gate a little slow in games. If the Dogs can withstand LSU's opening drive, that will be a great sign because Todd Grantham's group usually plays strong after their opponents first possession. From a special teams perspective, Georgia cannot afford to let the Tigers have big returns. That means that it is imperative that the Bulldogs do a great job of covering punts and kickoffs. They have to play with the discipline and intensity they showed against Auburn. I understand LSU is not Auburn, but Georgia must have that same fire as a team, from the opening kickoff through the fourth quarter. I think Georgia has the attention of LSU, and I think this game could be just as tough for the Tigers as their earlier encounter with Alabama. Georgia just has to do a lot of things right for that to happen. Win or lose, we will probably know all we need to know about this 2011 edition of Mark Richt's Bulldogs after Saturday night. I personally like this team, and I think they have much more than a fighting chance against LSU. After all, that's why they play the game.
Posted by Sports Dawg at 11:53 AM No comments: Links to this post