NCAA Football: Why Not an Early Signing Period? 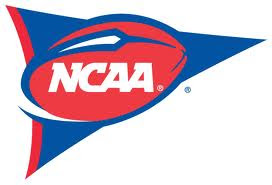 Now that we have just passed the 2012 National Signing Day for high school senior football players, there are a few points of interest that continue to linger. The points include over-signing, gray-shirting, commitment flipping, etc. It seems to me that some of the problems I've alluded to could be solved by having an early signing period, of sorts. By that I mean perhaps six months before National Signing Day in February, allow high school kids to go ahead and sign their letter of intent with a school that has officially offered them a scholarship. This means a kid could sign at any time between August and February. The way the system is now, the kid can commit as soon as he receives an offer, but he cannot sign until February. He is still "fair game" for any other school to come after him and 'flip' his commitment. If he could sign early, his recruiting process would officially be over. He could not take any more official visits and schools could not tamper with him without incurring a violation penalty. This early signing would have ramifications; some good and some bad. I think schools would be more selective with their offers early on, and I don't think kids would verbally commit until they were absolutely sure of their college choice. It would eliminate an occurrence like Justin Taylor's experience with Alabama. I think it could curb some schools propensity with signing too many kids because they would know how many kids they have actually signed earlier in the process. The players who sign early would be assured they have a scholarship, and the offering school would not have to be concerned with the player flipping to another school on, or just before, National Signing Day. The obligation would fall on both parties, the college as well as the recruit. I realize there would be technicalities to work out in a new system like this, but it seems this could be a good measure to consider in a situation that needs revamping.
Posted by Sports Dawg at 12:18 PM