Georgia: On the Outside Looking In? 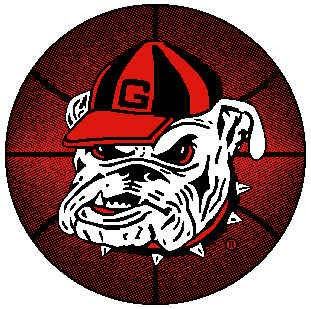 There's something missing with this year's edition of Georgia Men's Basketball. It was thought that when Trey Thompkins and Travis Leslie opted to remain in school and play in the SEC instead of the NBA that the Dawgs would be championship contenders. This has not proven to be the case. Georgia just isn't playing very well at this point. They definitely are not a team that has improved over the course of the season. They seem to be to be a team seeking an identity. Thompkins is a very good college basketball player, but he is not the dominating player in the paint he should be for his team at this point. He certainly could lay off that tendency to launch three pointers as well. That just doesn't seem to be working for him. For that matter, the entire Georgia team was a paltry 3 for 13 beyond the arc last night in a crucial 65-57 loss to Xavier in Athens. Leslie seems to be a player trying to fit in. He can jump straight out of the gym, and he's a highlight reel waiting to explode. But he seems to get lost during games, especially offensively. It is believed that Georgia is on the "bubble" as far as making the NCAA Tournament field is concerned. They are positioned as having a 50-50 shot at getting in. However, I think they are on the outside looking in, and I don't see that changing.
Posted by Sports Dawg at 10:42 AM