Atlanta Braves: It's a 'Wild Card' Kind of Year 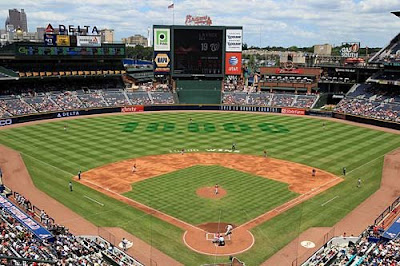 I know we are only three games past the All-Star break, so there is actually a full half-season to be played. Nevertheless, it's already time to cut to the chase and admit that the path to the playoffs for Atlanta runs through the wild card race. There will be no Eastern Division title for the Braves, because the Phillies will claim that pennant flag once again this year. There is no disgrace in that admission, for the defending champions are the real deal. Their pitching staff is so complete with great arms that they will not experience any prolonged losing streaks. A two game hiccup is all you'll get from them down the stretch, and that won't happen with any regularity. The Braves are actually not that far behind Philadelphia in reality. The Braves starting rotation isn't "phillyesque", but it isn't so shabby either. I would also rate the Atlanta bullpen ahead of the Phillies'. However, the boys from the A-T-L just do not hit consistently enough. The lineup that takes the field for most games looks much better on paper than it performs on the field. They're wild card worthy, but a title will have to wait. Again.
Posted by Sports Dawg at 9:42 AM