Special Teams: They Need a Coach Too... 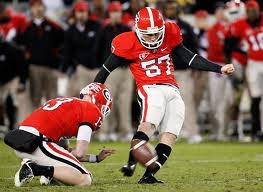 The NCAA currently allows Division 1 football programs to have nine assistant coaches. Once those nine coaches have been assigned to offensive and defensive titles and responsibilities, not all schools have an assistant to designate as a special teams coach. It doesn't seem right that such an important aspect of a football game does not necessarily have a coach designated specifically for it. After all, when we talk about the three phases of a game, we talk about offense, defense, and special teams. I think the NCAA should expand college coaching staffs to ten positions, with one of those having to carry the title of 'Special Teams Coach'. With the amount of money being made by major college football programs, it shouldn't be a financial burden. It would also open up a lot of coaching positions around the country, and everyone know how scarce jobs are these days. It would have to lead to an improvement in special teams play, with more time and attention devoted to the details and fundamentals associated with all the special teams. It's time for all colleges and university football programs to have a special teams guru.
Posted by Sports Dawg at 2:32 PM