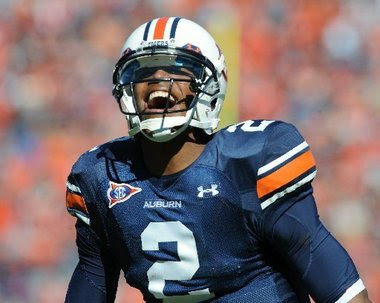 Did Cam Newton receive money to play football at Auburn University? Probably. Bo Jackson likely did also. Herschel Walker was likely to have been slipped a few dollars to attend Georgia. It would be no surprise to learn that practically every Division I school has paid top-notch recruits in order to entice them to attend their school. I'm not saying it's right, just saying it happens. When overzealous alums get involved, the dollars tend to flow. Nevertheless, this Cam Newton saga just doesn't seem to want to go away. I have no idea if there is fire accompanying this increasingly thick cloud of smoke, but it sure is hard to ignore the fog. Will it have an effect on Newton's on-the-field performance? Not a chance. Football is all he knows. Once he steps on the practice field or the Saturday stage, nothing else matters to him nor registers with him. It's all about football. Tunnel vision. He's got the blinders on. Not a problem. The only time any of this might garner his attention would be if it escalated to the point of taking away his college field of dreams. But even that scenario would not be cause for alarm, because the pro game eagerly awaits his arrival. And payments in that league are all on top of the table.
Posted by Sports Dawg at 1:41 PM