Nick Fairley: Too Good To Be Dirty 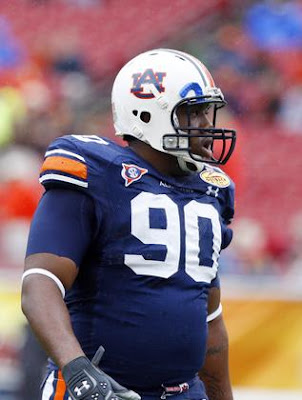 Auburn's Nick Fairley might be the best defensive lineman in the country. He also might be the dirtiest defensive lineman in the country. And he doesn't need to be. He's good enough to not be out of control. But he is out of control, and he is a dirty player. He can dominate the line of scrimmage and overpower any offensive lineman he faces. He doesn't have to commit late hits on quarterbacks in defenseless positions. But is does, because he is a dirty football player. He's a great college football player, but he's a college football player with no class. His game needs no refining, but his act sure needs some cleaning up. I wonder if that's possible.