Ben Jones: A "Throw-Back" Who Will Throw-Down 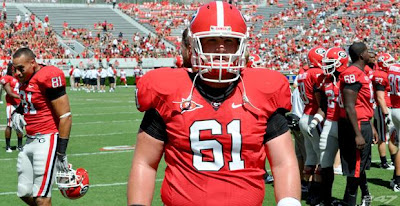 In a matter of a few months, Ben Jones will embark on his fourth campaign as the starting center for the University of Georgia. And he wants it to count. So either lead, follow, or get out of his way. He is determined to do everything in his power to turn the Bulldawg program around, and he wants every one of his Georgia teammates to feel the same sense of urgency that he does. Jones has already called out his fellow offensive compatriots this spring, and he has no plans to let up until he has played his last snap in Bulldawg Red and Black. This spring he's not just Georgia's center, he's the center of attention.