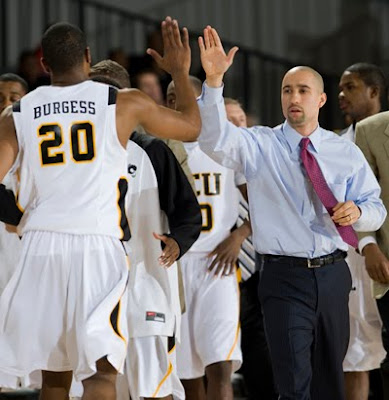 Shaka Smart has decided to remain as the head basketball coach at VCU, as opposed to joining up with the Wolfpack of N.C State. Pardon the pun, but 'smart' decision. It hasn't been that long ago that practically any basketball coach in America would forsake all to become a head coach in the once powerful round-ball world of the Atlantic Coast Conference. And along with that the conference member programs could go after and get almost any coach that they so desired. My how times have changed. Those changes obviously include N.C. State individually as well. The once-proud Wolfpack program always prowled along the border of the first and second tiers of the conference's basketball hierarchy, always just a pounce away from the Tarheels and the Blue Devils. However, now State is considered a 'bottom feeder', and I suppose Shaka Smart wants eat a little higher on the hog than that.