Shut it Down, Sam! 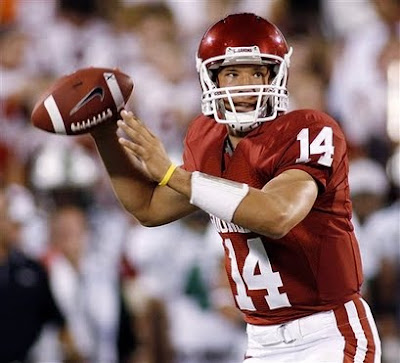 Sam Bradford should leave the cleats in the locker for the rest of this season. He's hurt the same shoulder twice this year, and he shouldn't risk that third time. You know they say "the third time is always the charm", not so in this case. He should rest that Grade 3 sprain and either begin intensive rehab or have the corrective surgery. That way he'll have nine months before training camp 2010 opens. His football future will still be intact. Shut it down now , Sam. There's another saying out there: "healthy, wealthy, and wise". If he's wise now, he can achieve the other two later. Take heed.