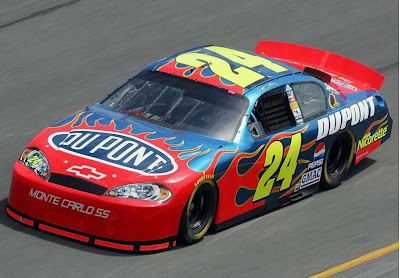 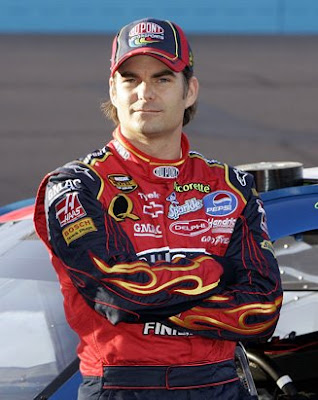 As the Nascar world awaits this Sunday's running of their 'Super Bowl', the Daytona 500, driver Jeff Gordon finds himself entering a season following one where he failed to win a single race. This is certainly not the norm for a super-star who has amassed 81 career victories and 4 Cup Championships. In fact, he had not gone through a season without a trip to victory lane since his initial victory back in 1993. Now he remains only four victories away from third place on the all-time win list behind Richard Petty and David Pearson. Not bad for a guy who gets no credit from the fans of the 'Nascar Nation' for being the tremendous talent behind the wheel that he is. It has always been my opinion that his lack of popularity, which borders on pure-out hate, is because he was not afraid to race toe-to-toe with the sports poster boy Dale Earnhardt, Sr. The nerve of that young 'Speed Racer'! It was always admissible for Earnhardt to be as aggressive as he chose to be, but not o.k. for anyone to duel him with that same aggressiveness. Gordon did just that and won his share of checkered flags, but lost almost all of the Nascar fan base. If you recall, Jack Nicklaus went through this as a young upcoming talent on the PGA Tour. He was not looked upon with favor for his success against the ever popular Arnold Palmer in his early years as a professional. Nicklaus, however, won back and won over almost the entire golfing world. I really don't see this type of fairytale ending for Gordon. He deserves it now, but a hard-core racing fan base is not going to reward him with any adulation. They just can't handle the success of Jeff Gordon very well.