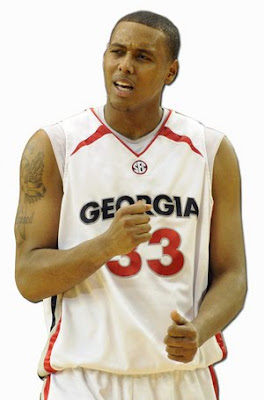 Trey Thompkins told coach Mark Fox, "Don't worry Coach, I'm coming back". To which Fox replied,"God bless you, Trey". Thompkins will thus remain a Bulldog for his junior year and pass-up the NBA draft. He had been projected to be a late first or early second round selection. His decision gives Georgia an opportunity to be a really good basketball team in what will be Fox' second year at the helm in Athens. If they can be good next year, it will make recruiting easier at UGA, and Fox can be off and running in pursuit of his goal of building a successful basketball program at Georgia. As Mark Fox looks back on this program in four or five years, this decision by Thompkins, as well as the one earlier by Travis Leslie, might turn out to be key cornerstones in the foundation of the building process.