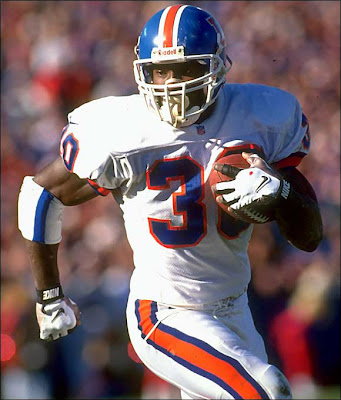 After missing most of his senior year at Georgia with a hamstring injury, Terrell Davis fell to the sixth round of the NFL Draft where he was secured by the Denver Broncos. And "the rest is history" as they say. He went on to help lead the Broncos to two Super Bowl wins in 1997 & 1998. He also became just the fourth running back to rush for 2,000 yards in a season in 1998. Not too shabby for a sixth rounder! As K-Mart would say: " A Blue Light Special"!