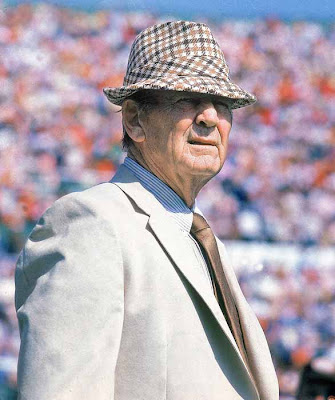 Back in Time: December 15, 1982, Alabama's Paul "Bear" Bryant retires from coaching. After 15 years of leading the Tide, Bryant departed with a record of 232-46-9, and nine National Championships. It has taken the Alabama faithful 26 years to finally accept his departure, due only to the success of the 2008 squad. At least they are ahead of the Elvis fans, who still haven't accepted the King's death!