Hey Plax, If You Can't find Trouble,Hang Lose Buddy and It Will Find You! 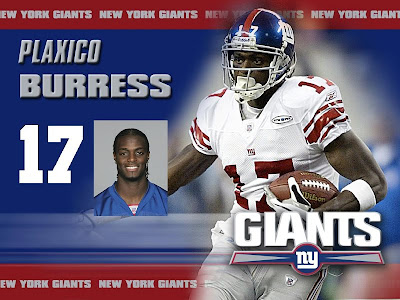 Plaxico, rule number one is if you're gonna own a firearm, know how to use it. Rule number one enables you not to break rule number two, which is never shoot your own stupid self. Rule number three says possess the firearm in a state/city where it is permissible, New York City not being one of those locales. As a matter of fact the Big Apple carries a MANDATORY three-and -half-year jail sentence for unpermitted and concealed firearms. Wow! Since you don't seem to enjoy practicing with Eli, perhaps you and Mike Vick can toss it around the pen together! You two must really be afraid of heights, because once both of you got to the top, ya'll dropped like the Dow Jones. Ole Gump's mom was right, "Stupid is as Stupid does"! And this guy you are definitely not: