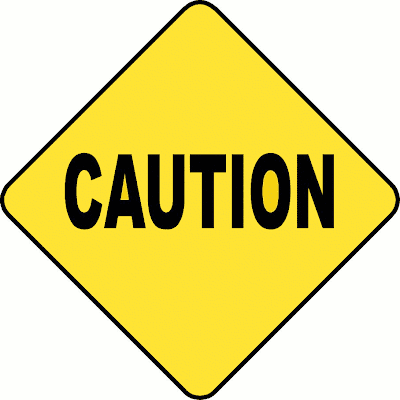 Caution. Beware. Proceed Slowly. The football coaching profession in the Southeastern Conference can get nasty in a hurry. In a 'New York Minute' as we say in the South. Cases in point: Tommy Tubberville has a very commendable ten year track record at Auburn University, goes 7-3 against cross state rival Alabama, and is only four years removed from an undefeated season. One down year and GONE. Phillip Fulmer goes to the SEC Championship game exactly one year ago. One down year and GONE. Charlie Weiss posts Notre Dame's worst record in forever, preceded by less than spectacular years. Several down years and NOT GONE. Sylvester Croome does a commendable job at arguably the hardest place to win in the SEC. GONE. Les Miles, you had a down year. CAUTION. Mark Richt, your program came up short of expectations. CAUTION. The coaching life span in the SEC is getting shorter than a Brett Favre retirement. If you don't believe that, consider that Mark Richt is now the dean of the conference's coaches at their present school. This is the end of his eight campaign. Now don't get me wrong, I'm certainly not jumping on the Tubberville-Fulmer-Croome bandwagons. All of my SEC concerns begin and end in Athens, Georgia. However, I did believe that Tommy especially would weather this insanity storm. He has been through all of this before at AU. He would have had the 'ole War Eagle flying straight by this time next year. I don't really think Saban would have hung six more in a row on Tubs. No way. Now you've got to start all over with a new guy. Recover recruiting, get new coaches, learn a new system. Wow, that's a load. But don't bother calling Tommy back now to admit you made a gigantic mistake. He's already deposited the first of two installments from that gigantic payoff you had to come up with. He says he's going to hang around Auburn for awhile. Will that be like having an ex-spouse move in next door to you? Some shadow he'll be casting over the sleepy little town on the Plains! I wouldn't think it's a cost of living issue with him; he can live in a lot of better places than Auburn, Alabama (you've seen one trailer park, you've seen 'em all!) with that lottery ticket he just hit. But that's life in the vicious SEC. You can't win it all every year, but you sure better stay competitive and win the ones you're supposed to when you're supposed to. And that ain't that easy in that conference. Just proceed with caution, there's a big financial booster lurking behind every loss.
Posted by Sports Dawg at 1:08 PM