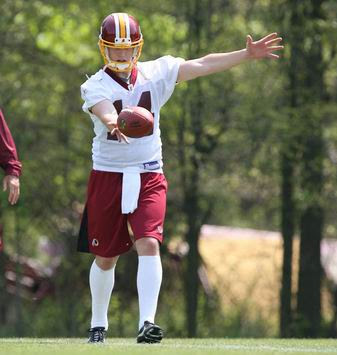 The Green Bay Packers announced today that they have signed former Washington Redskin's punter Durant Brooks to their practice squad. Brooks, who is coming off of a hip injury, will battle current Packer punter Jeremy Kapinos for the starting job next season. It is ironic that Durant finds himself in Green Bay, the same team that signed Derrick Frost, the punter he beat out for the Redskin punting duties earlier this year. Frost lost the Packer job to Kapinos. Durant never got a fair shake in Washington, a mistake the 'Skins will dread tremendously because the talented punter will be in the NFL Pro Bowl one day. Brooks was a sixth round selection in the 2008 draft out of Georgia Tech.