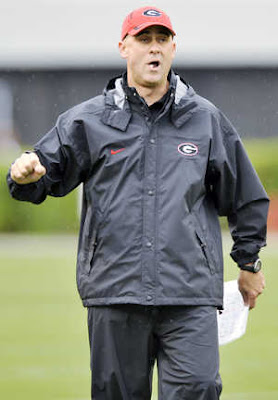 Georgia's embattled defensive coordinator Willie Martinez says he almost departed the Bulldogs to join Michigan State head coach Mark Dantonio, a long-time friend. This was five years ago when Dantonio was at Cincinnati and Martinez was Georgia's defensive backs coach. The Georgia coordinator not only admits he came close to leaving then, but that he's had other opportunities to leave Athens since that time that were even more difficult to turn down. Really, now. Wow. Just think, Dawg Nation, Willie could be standing on that Spartan sideline at the Capital One Bowl facing the Bulldogs. What a shadow fate can cast...

Anonymous said...
This comment has been removed by a blog administrator.
Saturday, 29 November, 2014