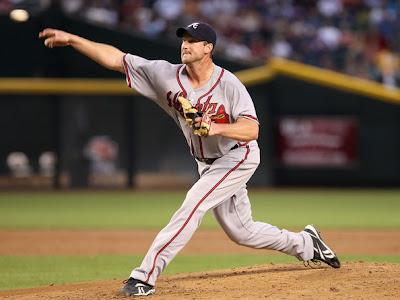 Derek Lowe says when you're 6'6", you don't need to pitch like you're 5'10"(he means no offense to all of you 'five-tenners' out there). He means he needs to pitch using better angles that his height allows. He pitched much lower in 2009, something he has worked on the entire off-season to correct. He has re-tooled his mechanics from setup to delivery.He says he isn't using one element of his pitching style this spring that he used last year. Lowe had his first outing of the spring Friday against the Nationals and worked two perfect innings. Two innings of spring work does not a season make, but here's hoping we all see a new and revamped Derek Lowe on the mound for the Braves this year. Be solid , D-Low.