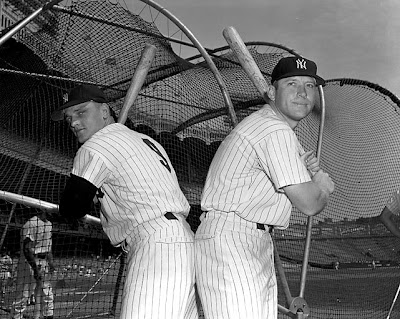 Tom Verducci has a list of his All-Time Top 10 baseball teams. Interestingly, only four teams from baseball's 'modern era' made in onto his list. Those four are the 1998 Yankees, the 1975 Reds, the 1961 Yankees (see Maris & Mantle above), and the 1970 Orioles. It is also intriguing that all those huge, big payroll Yankee teams of the 2000s failed to appear as one of Verducci's selections. The oldest team on the list is the 1902 Pirates who went 102-36 and never lost more than two games in a row. Talking about standing the test of time, this Honus Wagner led group is still considered one of the greatest more than 100 years later.