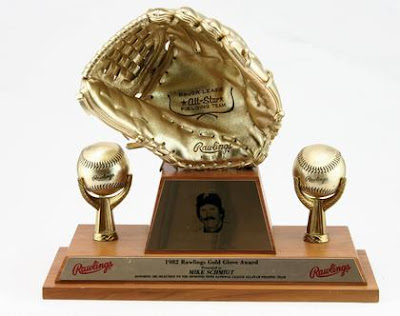 On Wednesday, Greg Maddux won his record setting 18th Gold Glove Award. There were also five first time winners in the National League. The 42 year old Maddux has won the NL award for pitchers every year since 1990 except for 2003, when Mike Hampton won the award. (Now there's the answer to a great trivia question for you). Rawlings has presented the award annually since 1957. Players are voted on by managers and coaches in their respective leagues, but cannot be voted for by members of their own team.