Are These Falcons For Real? 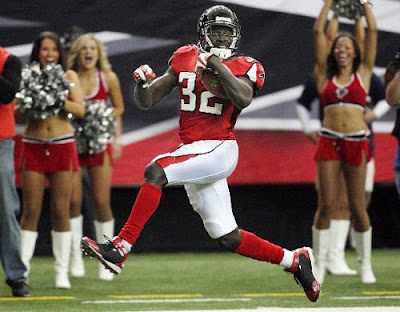 It's already started. Perhaps it's too early, but it's already started. Falcon's fans, as well as some Falcons themselves, are talking about the 'Birds' being in the playoffs. Atlanta is now 6-3 after Sunday's 34-20 thrashing of their division rivals, the New Orleans Saints. There are still seven games left on the schedule, and I would have to say the playoff jabber is a little premature. The Falcons are playing well though. Rookie quarterback Matt Ryan seems very steady as a first year starter in the NFL. He might not be flashy, but he's getting the job done and not making those typical rookie mistakes to cost his team. The running game is very strong with the combo of Michael Turner and Jerious Norwood. The defense is aggressive, and the team seems to be thriving in their new-found success. If they prove to be the kind of team that can improve week to week without suffering significant injuries, they just might be found when the playoffs roll around. But the division is competitive, and Atlanta isn't even leading it at this point. For the time being, I would think focusing on the task at hand, the Denver Broncos, would be the wise thing to do.