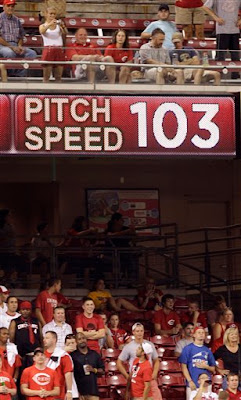 The red hot Cincinnati Reds are getting even hotter. To the tune of 103. M.P.H. hot. Their Cuban relief pitcher, Aroldis Chapman, threw two pitches Wednesday night that were clocked at the off-the-wall speed of 103. In his two big league appearances, Chapman has thrown a total of nineteen pitches, and ten of them have busted the radar gun with triple digits. He picked up his first win last night against Milwaukee, and his Reds extended their division lead over St. Louis to a whopping eight games. Next stop for the Reds? The Cardinals in St. Louis for a Labor Day weekend series. The drama of the match-up between these two teams has all but been sucked out by the Reds with their baseball best August record. The Reds are full speed ahead, while the Cardinals are merely trying to keep their heads above water. Its now hard to believe St. Louis swept Cincinnati back in early August and held a one game lead over the Reds after that series. 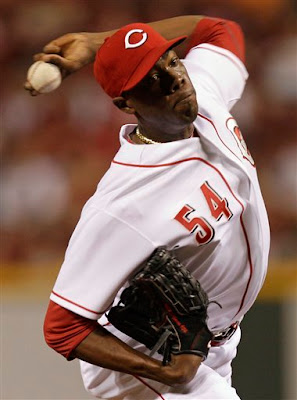