Georgia -vs- Mississippi State: Battle For the "Sorriest' Dog 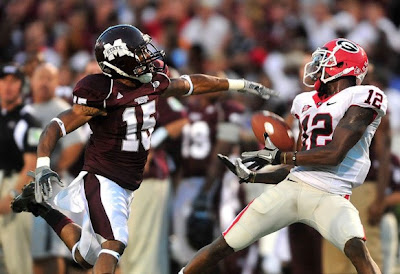 When the Georgia Bulldogs met the Mississippi State Bulldogs in Starkville tonight, they were two ravished pack of 'Dog' football teams going against each other in conference play. Since the State Dogs prevailed over the canines from Athens, I suppose Georgia has to wear the crown of "Sorriest Dogs". The Georgia program, now o-3 in the Southeastern Conference, has sunk to a new low in its proud football history. Not since 1993 have the Bulldogs felt the sting of such inadequacies. On a night when Georgia should have defeated State by three touchdowns, they only defeated themselves. The teams Georgia has defeated regularly and is still expected to defeat, they aren't even being competitive with. The Mark Richt era is now experiencing territory that all Georgia fans believed we wouldn't visit for a very long time. That time has arrived. Now how long will it last?