John Calipari: I Flop, You Flop, We All Flop! 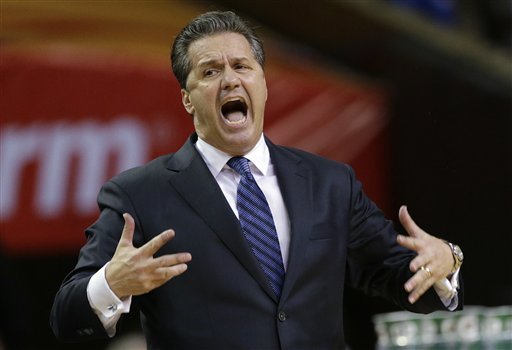 At halftime last night in the Kentucky-Duke basketball game, Wildcat coach John Calipari told ESPN's Andy Katz about Duke: "They're flopping all over the place. In the NBA they'd all be suspended". Blue Devil players have been pulling off fake charges for years. This is just the first time they have been called out publicly on it. Nevertheless, Duke showed their experience and Kentucky showed their youth. The Blue Devils prevailed 75-68. Afterwards, Calipari did a flop of his own claiming he didn't even remember what he had said. He then added, "It was a joke. Come on, you guys can take a joke at Duke. Geez." With these two programs, the best I can muster is "Frankly Scarlet...". You know the rest. Just sayin...