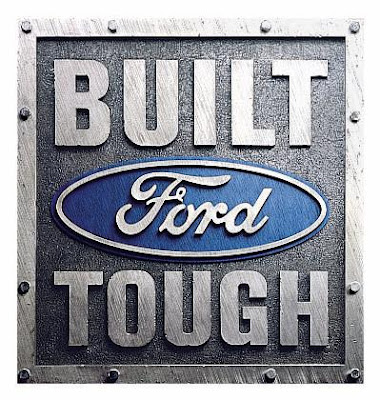 Georgia coach Mark Richt appears in a Ford truck commercial on Georgia network stations. A couple of his players who have seen it say it was "pretty cool". Phil Mickelson and Toby Keith have nothing on Coach Richt. His Ford commercial stacks up pretty well against theirs. The spot does a good job of bringing the identity of the University into it, and at the end Richt says "Georgia Saturdays, built Ford tough". Maybe Ford should make a limited edition UGA VII model. The slogan could be: "A Damn Good Dawg deserves a Damn Good Truck!".