Whitey Ford: This Day in Time... 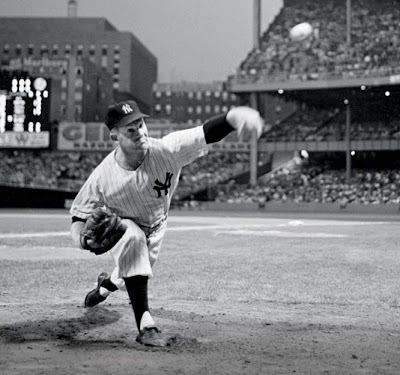 Whitey Ford Day was held in Yankee Stadium on August 20, 2000. The venerable southpaw still holds Yankee team records for victories (236), innings pitched (3,170), strikeouts (1956), and shutouts (45). The "Chairman of the Board", as Ford was known as , was elected into baseball's Hall of Fame in 1974, along with his longtime friend and teammate Mickey Mantle. The Yankees retired his #16 jersey and dedicated a plaque in his honor in Monument Park at the Stadium. His plaque calls him "one of the greatest pitchers to ever step on a mound".