Mark Spitz: A Ton of Class! 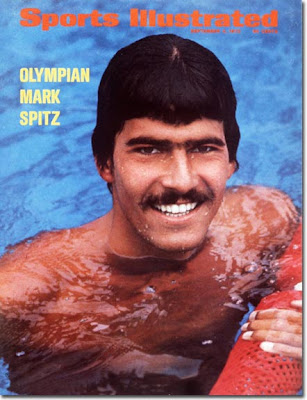 I didn't know what the reaction of Mark Spitz would be to Michael Phelps tying his seven gold Olympic medals and ultimately passing him with eight. What I found out was that Spitz has been just as impressed by and mesmerized by Phelps as the rest of us have. He stated he was happy to be in the same company as Michael Phelps. He termed the accomplishments of Michael as "epic". Spitz called him the greatest swimmer of all time, the greatest Olympian of all time, and perhaps the greatest athlete of all time. Who can put up much of an argument with those accolades at this point? And I have to tell you, I'm almost as impressed with the graciousness of Mark Spitz as I am the fantastic accomplishments of Michael Phelps. Spitz told Phelps he and all of America were tremendously proud of him. Hey Mark Spitz, we're all proud of you too! Again.