A Tribute to John Mark Stallings 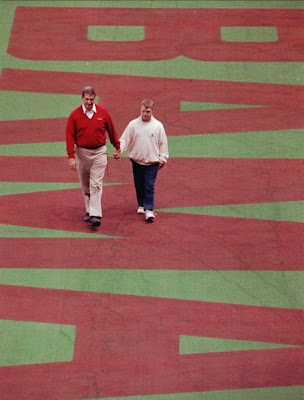 John Mark Stallings, son of former Crimson Tide head coach Gene Stallings, died this week at the age of 46. John Mark was born with Down's syndrome and suffered with health problems related to a congenital heart defect. He was a tremendous Alabama fan who touched the lives of so many in the Crimson Tide family with his courageous attitude. In 2005, the football equipment room was dedicated to him and aptly named the John Mark Stallings Equipment Room. Coach Stallings once said that because his son struggled to do so many things, he gave him a greater appreciation for the player who perhaps didn't have the most talent but was willing to work hard to succeed. Conversely, he had much less tolerance for the gifted player who was not willing to work to be all that he could be. An Opinion On Sports extends its sympathy to the Stallings Family and to the Crimson Tide faithful who loved and were loved by John Mark Stallings. God speed John Mark!