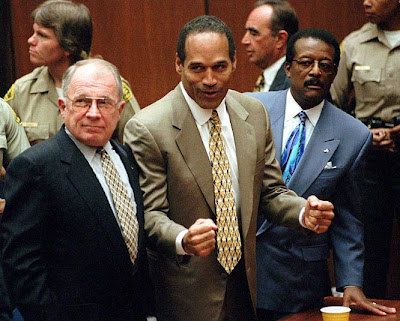 O.J. Simpson was acquitted of first degree murder charges on October 3, 1995. Thirteen unlucky years plus one day later, the man who "got away with murder", couldn't get away with armed robbery. At 61 years of age, the ex-football star likely will spend the rest of his life in prison. I guess his next book will be titled 'How I Should Have done It', as opposed to his earlier edition of 'How I Would Have Done It'. Perhaps the late, great writer and humorist Lewis Grizzard would have headlined: 'Johnny Cochran is dead, and O.J. don't feel so good himself!'