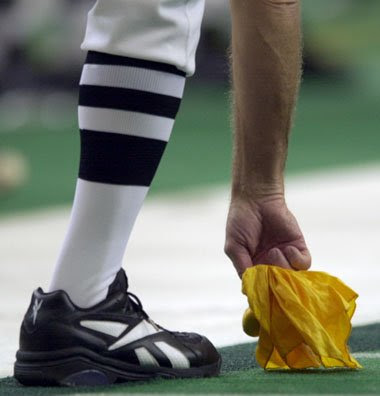 Georgia has had more of those yellow flags thrown at them than any other major college football program in the country this season. The Bulldogs have been flagged 53 times for 437 yards, while their opponents have been penalized 21 times for only 165 yards. Dawg' coaches have made a concerted effort in practice to curtail these mistakes, while at the same time not taking away the aggressiveness of the players. With so much on the line with every game now, Georgia cannot afford to give their opponents any more gifts. Maybe the Bulldogs will save the refs some back strain by not forcing them to keep bending over to pick up flags. According to practice reports, they could also save themselves from some of the physical strain of 'penalty punishment' by playing a little smarter. If not, the talented teams of the SEC will make them pay on their own.