Georgia in the SEC Championship Game? 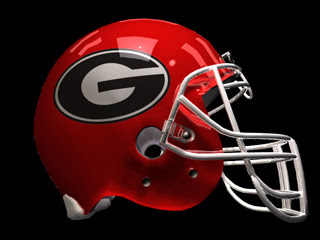 I checked out one of the more popular Georgia blogs a couple of nights ago, and the comments posted there had the Dawgs one and done for this season. They were already crying and ready to throw in the towel. And these were Bulldog fans too (perhaps of the "fair weather" variety). They were already speculating about bowls that we wouldn't be invited to. Gee whiz guys. We had a conference loss earlier than this last year, and before it was all said and done, we were the hottest team in the country at season's end. Our opponent in the Sugar Bowl could have been anyone else, and they would have received just what Hawaii got. We finished the year that strong. And that good. Now back to this year. To heck with bowl speculations, I want us to play in the SEC Championship in Atlanta. If we do that, our bowl invitations will take care of themselves. And getting there is within our grasp. We still control that destiny. I like our chances against Tennessee, and I like the way we match up against Florida. The annual contest in Jacksonville will come down to pure emotion this year. One team just has to want it bad enough to go get it, and I think it will be UGA. Reality is about to hit Vanderbilt right between the eyes, and we will be part of that rude awakening for them. Kentucky is playing over their heads, and we will also be a part of bringing them back down to earth. Maybe we will at least leave them with enough to finally defeat the Vols, but they really don't know how to do that anyway. Now LSU in Baton Rouge really concerns me (no joke, Shurlock!), as does Auburn's physical defense. And we have to win at least one of those two to get to Atlanta. Without sustaining any more season ending injuries anywhere, but especially on the offensive line, we could again be very good each week beginning October 11th. If you want off the bandwagon, jump now. But remember, don't even try to get back on when we are kicking serious butt again. Go be a Jacket. I understand the Techies can always use some help trying to sell out Grant Field.