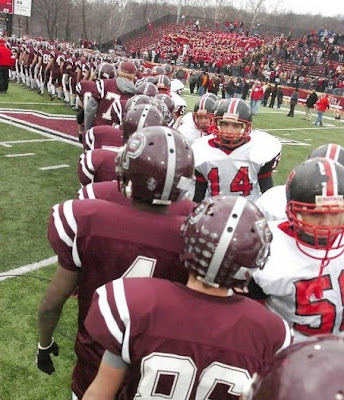 The American Football Coaches Association had requested that before all season opening games this week, that opposing teams take part in a pregame handshake. Oklahoma State head coach Mike Gundy had already expressed his concern regarding this gesture. Now Oklahoma State has made it official: No pregame greetings between the Bulldogs and the Cowboys Saturday afternoon. No problem with either team concerning this decision. Georgia head coach Mark Richt had said since his team was visiting, they would comply with whatever the 'Boys decided to do. It really is a good decision. Get fired up, compete to the best of your ability, and shake hands after the battle. That's just football...