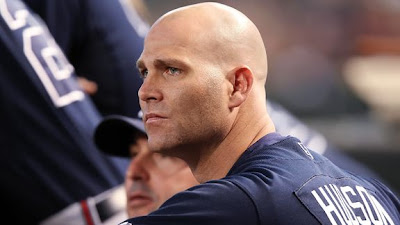 After nearly 13 months of recuperation from elbow ligament surgery, the Braves Tim Hudson returned to the mound Tuesday against the Florida Marlins. He pitched 5.1 innings, allowing 6 hits and 2 earned runs. Atlanta won the crucial inter-division game by a score of 4-3. Hudson had to wait out a long three hour rain delay before making his first pitch on the very same field that he suffered his injury on over a year before. He gave up two doubles and two runs in the first before settling down and pitching well. He was pulled by manager Bobby Cox after giving up two walks in the sixth. Having Hudson back gives Atlanta six strong starting pitchers as they continue their stretch run for a play-off berth.