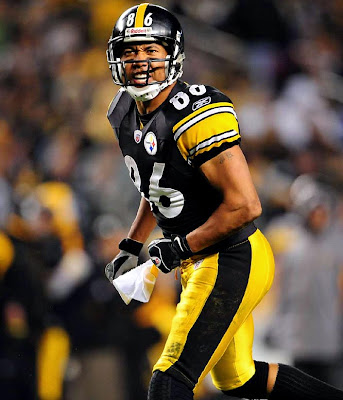 Hines Ward has been named the NFL's dirtiest player in a vote by his peers. I don't follow the professional game as closely as I do at the collegiate level, but I always thought Ward just played the game hard, not dirty. I always pictured him as a "throwback" player, a guy who played the game hard because that's what he thought is was all about. However, he does have a rule named after him. The Hines Ward rule prohibits high, blind-sided blocks and carries a fifteen yard penalty. The rule came about after Ward laid such a block on the Bengals' Keith Rivers, breaking his jaw. You think Hines will get a trophy or some cash for winning this "distinction"?