Rick Pitino: "Turkey" of the Year 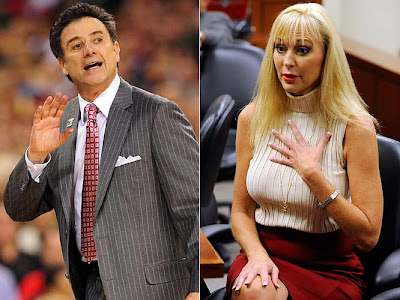 As we near Thanksgiving Day 2009, my vote for "Turkey of the Year" goes to Louisville head basketball coach Rick Pitino. The married hoops coach found himself square in the cross hairs of an extortion attempt following a 2003 after-hours affair at a restaurant. The woman (shown above with 'Slick Rick') later married the strength coach at Louisville. Go figure. She, Karen Sypher, faces federal charges. Rick just faces the consequences of his actions with himself, his family, and his friends.