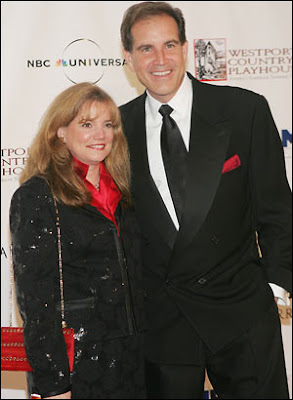 Under the terms of their divorce agreement, Lorrie Nantz will receive almost 1/3 of ex-husband and CBS sportscaster Jim Nantz's yearly salary. Nantz, whose CBS contract pays him $3.2 million per year, has been ordered to pay Ms. Nantz $916,00 annually in alimony and child support. Jim Nantz is arguably America's premier sportscaster. He filed for divorce after citing that his wife no longer supported his career, had lavish spending habits, and that they both had different interests. One of the sportscaster's new interest is his dating of a twenty-nine year old. The fifty year old Nantz admitted to the new relationship, citing his marriage was irrevocably broken before the new affair began. Ms. Nantz had been seeking $1.5 million annually. At this point, I hope Jim doesn't give up his "day" job...
Posted by Sports Dawg at 1:38 PM