Les Miles: Why Is Your Nose Getting Longer? 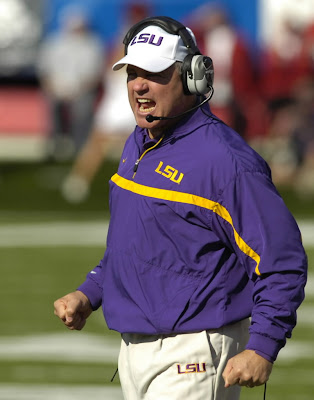 Les Miles said, "I do not know who told him to clock it." Yet Miles is shown on the LSU sideline frantically signalling his quarterback, Jordan Jefferson, to spike the ball and kill the clock. Ole Miss narrowly escaped with a 25-23 victory. The Tiger coaching staff had already botched the drive before it came down to the spike. They lost 17 seconds off the clock when they failed to properly get a time-out signalled to an official. They experienced confusion over which plays to run. And they confused their own players with their total disorganization. This will forever be known as "The Mississippi Meltdown", and it might further be known as "Les Lies".