"Do You Believe In Miracles?"! 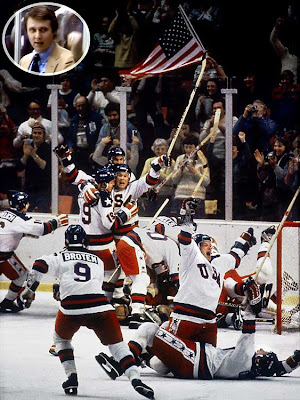 Today is the 3oth anniversary of perhaps the greatest upset in sports history, when the USA hockey team defeated the heavily manned Soviet Union team in the winter Olympics at Lake Placid, New York. The Soviet team was considered by many to be the best hockey team in the world at that time, while the American team was made up of amateur and collegiate players. ESPN has been focusing in on this anniversary of "The Miracle on Ice", and the highlights and Al Michaels famous calling of the game will bring back those 'goose bumps' every time. U.S.A., U.S.A., U.S.A.!