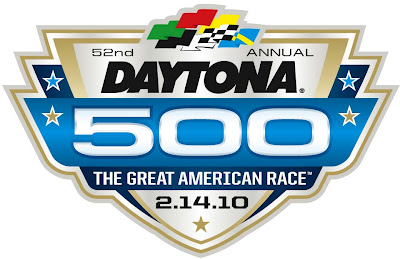 In the past when I've posted about NASCAR, which hasn't been that often, I've been pretty critical about the sport. I think the governing body of the sport has micro-managed it to the point that it sometimes seems orchestrated like a WWE wrestling match. I know in racing (pronounced "racin'") the winner isn't predetermined, but everything else appears to be scripted. Too many rules, too many regulations, not enough "old fashioned" racin'. After watching different segments of the 2010 edition of the Daytona 500 (Hall & Oates had a great concert on Direct TV at the same time), I've discovered watching a NASCAR event is a lot like watching an NBA game. You just have to turn in for the last five minutes (at the most) to get it all. Back in the days of Petty, Pearson, Yarborough, Allison, Lorenzen, "Fireball" Roberts, etc, racin' was exciting like smash-mouth football is exciting. Now it's just plain boring. It's follow the leader for the most part, wait for the "Big One" (wreck) to happen, and listen to the commentators rip the English language to shreds. Not to mention this year the track sprung a leak, as in a big pot-hole that caused the race to be red-flagged on two occasions. NASCAR calls this race its Super Bowl, and I was trying to imagine the real Super bowl being halted in the third and fourth quarters because a cavernous hole appeared on the thirty five yard line. Or the World Series coming to a halt before the center fielder falls into an abyss. But I digress. The race was eventually completed in breathtaking fashion on the final lap. Like I said, it only takes less than five minutes of viewing.
Posted by Sports Dawg at 3:42 PM