Nothing Should Be Free in NASCAR! 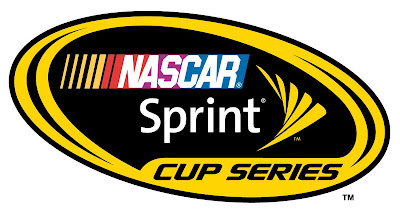 I'm not a big fan of NASCAR. When I was younger, I thought the sport was pretty awesome. You had characters like Fireball Roberts, Fred Lorenzen, David Pearson, Richard Petty, Cale Yarborough, Bobby Allison and others who would, and could, get after it pretty good. The 'stock cars' they drove were truly stock cars, and at tracks like Daytona and Talladega, they could bust 200 MPH wide open. In fact, the speeds they achieved at the Super Speedways is the reason NASCAR implemented the infamous 'restrictor plates'. The increasing fear of an automobile rocketing into the grandstands at perhaps over 225 MPH prompted the need to attempt to put a cap on maximum speeds. Once restrictor plates became mandated at Super Speedways, it became single file racing, which led to huge packs of cars being bunched up together at super speeds. This now is what we have with drivers, crews, owners, and fans all just waiting for "The Big One", as in big crash that takes out several cars in one incident. For the most part, it's kind of boring. And now "'teammates" are big in NASCAR. One owner owns a stable of cars and the drivers are expected to work together on the track and share information in the garage. That means if my crew finds something that works well for me, I have to share that with you so you can be better and then even run faster than me. Now to my favorite term in NASCAR: The Free Pass, or "Lucky Dog Rule". If you are a lapped car but the first in line of the cars lapped, you get your lap back on the next caution flag. It's given to you, you don't have to drive your way back on the lead lap. After this 'gift', you might even go on to win the race. Even though at one point, the other drivers worked hard to put you a lap down in the first place. Nothing in racing should be 'free'! NASCAR has a fantastically popular, money making game going on. The ticket dollars, the TV money, and the licensing royalties make it a huge, huge industry. It is the biggest spectator sport in America. So, having said that, I suppose I need to lay off my critisisms of this over controlled sport. After all, they're the Lucky Dogs!
Posted by Sports Dawg at 11:27 AM