Jeff Gordon: In the Chase...Just Barely 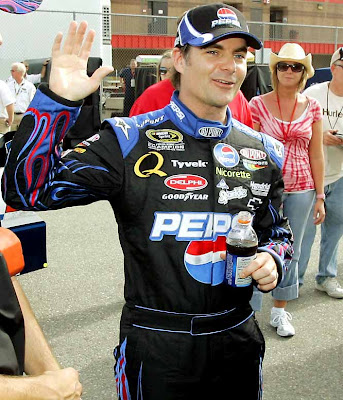 After having not been been to Victory Lane all season long, the Dupont #24 Chevrolet of driver Jeff Gordon slipped into Nascar's chase for the Sprint Cup championship as the tenth qualifier out of twelve places. Gordon hasn't fared well in the Chase format, and the 'Car of Tomorrow hasn't been a success story for him either. But the important thing is to make it into the chase because it is kind of like a second season in itself. He definitely will not be favored to capture the championship, but the other eleven drivers will nevertheless have to contend with the most talented driver on the circuit in Gordon. The next ten Nascar races make up the Chase for the Championship!