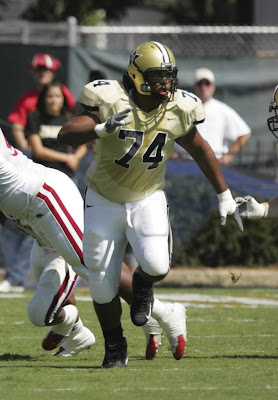 Hats off to the undefeated Vanderbilt Commodores. Yes, you read it correctly: undefeated. Not only that, they are the number 21 ranked football team in the land. Oh yea, ranked in the top 25 for the first time in 24 years following a 24-17 victory against Ole Miss Saturday. Vandy's venture into the top 25 gives the Southeastern Conference 6 teams in that fraternity, including three in the top five. The Commodores have not experienced a winning season since 1982, when they went 8-4 and played in the Hall of Fame Bowl. That's the good news for the Commodore faithful. The bad news is they still have games remaining against Auburn, Georgia, and Florida, and Tennessee. Those first three teams are all ranked in the top 15 nationally. Keep it going Vandy! I will be pulling for you to win three of those games, but certainly not that one"Between the Hedges".