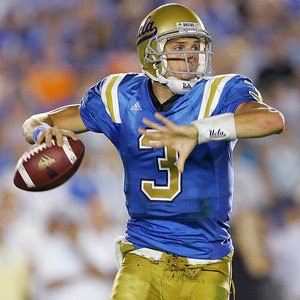 What a great game to top off the first week of NCAA college football! Even though I struggled to get out of bed this morning after watching the game, I have to say it was worth it. Especially when I didn't have "a horse in that race" and I could just enjoy the game. However, I was hoping for an SEC victory even though I, of course being a Dawg, have no love loss for the Volunteers. I don't think the best team won Monday night, but I do believe the team that coached and played the smartest did indeed come away with the victory. Tennessee did not take advantage of what they were given in the way of turnovers and field position in the first half. UCLA took advantage of still being allowed to be in the game at halftime, and ultimately pulled the game out in the first period of overtime. UCLA quarterback Kevin Craft pulled a Jekyll & Hyde routine for the Bruins by playing as poorly as a Division I quarterback could play in the first half, and then by playing about as well as a Division I quarterback could in the second half. What a great initial victory for new head coach Rick Neuheisel as he returns to the scene of his collegiate playing days, and what a downer for embattled Tennessee head man Phillip Fulmer. Not to mention the fact that the Vols schedule want get much easier as the SEC East opponents begin popping up.