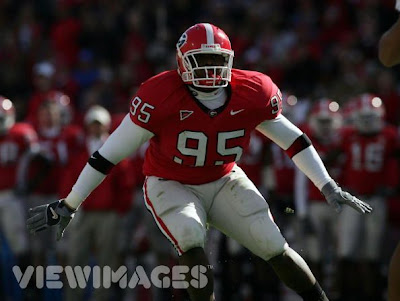 Georgia's victory Saturday over Georgia Southern didn't come without a tremendous cost. Just as most Dawg fans expected but dreaded, Coach Richt announced yesterday Jeff Owens will be out for the season with an ACL knee injury. The senior defensive tackle is eligible for a medical redshirt, so hopefully he will return next year for his fifth season. Owens was considered to be Georgia's best pass rusher. His loss is the third devastating season ending injury for the Bulldogs, after having lost offensive tackle Trinton Sturdivant and linebacker Marcus Washington. Even with the great recruiting classes Richt and his staff have been bringing into Athens, the Dawgs can ill afford to lose another starter for the entire season.