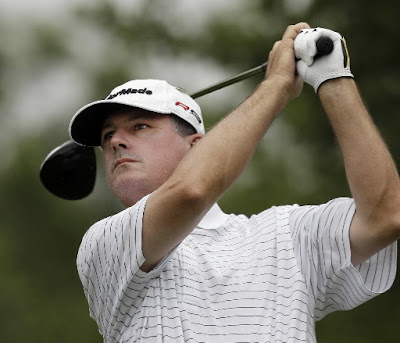 Paul Goydos became only the fourth player in PGA tournament history to post a competitive round of 59. The three others were Al Geiberger (1977), Chip Beck (1991), and David Duval (1999). Goydos 12 under bogey free round was posted during the opening round of the John Deere Classic today. He made the turn at only 4 under, but amazingly birdied every hole but one on the back nine. Goydos has been on the Tour since 1989 and is currently ranked number 137th in the world. At least he knows he'll be ranked number one on the leader board at the end of the day.
Posted by Sports Dawg at 3:06 PM