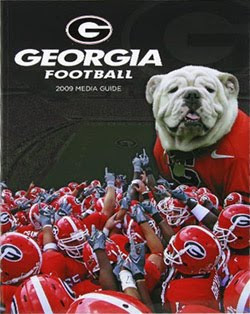 Damon Evans is no longer the athletic director at the University of Georgia, and soon he will no longer be in UGA's media guide. Athletic department administrators have decided to reprint approximately 14,000 copies of the 2010 media guide that went to press before the dismissal of Evans. The publication is distributed to donors, recruits, and to the media. Other copies can also be purchased by the general public. The University did not give a cost for having the reprint done, nor did they indicate what they would do with the ones already printed. Humm... I might have a few ideas what to do with them!