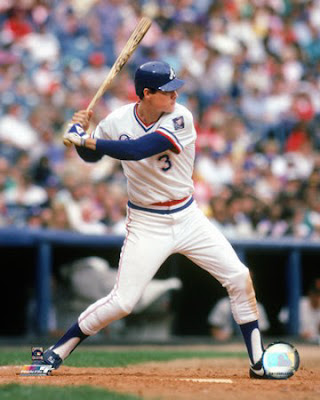 I just read that Dale Murphy's son is hopeful of being selected in this month's NFL draft. So I thought it might be a cool idea to take another look at 'Murph' back in his Atlanta Brave days. Speaking of drafts, Murphy was a first round selection of the Braves in the 1974 amateur draft. Pretty good pick, huh? He became a 2-time National League MVP and hit 398 career home runs. Incidentally, his highest salary with the Braves was $2,000,000.