Tiger's Is Not the Only Game on Tour 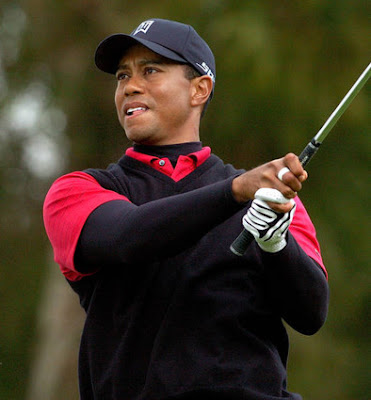 Tiger Woods is the #1 golfer in the WORLD. No questions, end of discussion, subject closed. The things he does on a golf course, and the ease with which he does them, is sometimes almost unbelievable. Golfers from duffers to pros find his shot-making and putting in crucial situations to be remarkable. The game just isn't as easy as he, and the other pros as well, makes it seem to be. I won't get into a deliberation of Tiger -vs- Jack; different era, different golf ball, different equipment technology, etc.
Even though Tiger is the greatest now, he cannot win every tournamnet that he enters. When he gets on those streaks and wins several weeks in a row, just know that is very special. Golf is perhaps the most difficult of all sports to be 'very good' every time you play. The golf swing is just too complex for that kind of consistency. It is too fickle. You have it all together and all figured out this week, and next week it just will not come to you. But now to my point: It's o.k. if Tiger dosen't win every tournament. In fact, it's probably good for the Tour and for golf in the long run if he dosen't. But it seems like golf commentators have a hard time accepting the fact that TW is going to have a hard day at the office sometimes. Guys, you don't have to force Tiger down our throats. There are some other guys on tour that can straight out play. Give them their due, their day in the sun, and their time on TV. You don't have to act like you're just waiting for them to blow it. Give them credit for stepping their games up another notch. Look, Tiger is going to win more than his share, and he's going to win at least 2 majors every year. When he isn't 'on his game', give the other Pros some justice. Give them their games on the tube. It dosen't ALL have to be about Tiger. Give them some love too. There's more than enough to go around!